Love how photo shop can change your body language 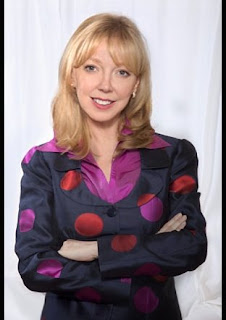 My freind Jim was playing around on photo shop with some head shots I had done the other day and came up with this little miracle. I told him I wanted a magic photo shop wand to wave over me every morning so I didn't have to put on makeup. I had a big photo shoot Thursday with First for Woman magazine. I shared an embarrising moment story that will be in their April issue and they sent a camera crew to the house to take photos of me.
Here is the story as it will appear in the magazine.
In my rush to get ready and out the door to give a speech at convention I decided to leave my big pink sponge curlers on in the car and take them off when I got to the speech. It was raining outside I reasoned. This way my hair would not get frizzy. When I got to the convention hotel I looked in the rear view mirror and took out all the curlers. Well, I thought I got them all. At the end of the luncheon I got up to leave the table and get ready for my speech and heard a woman at the table shout. “You have a pink curler on the back of your head!” Everyone turned around to look. But the most embarrassing thing was that my speech was on First Impressions. The convention head thought it was so funny he told the story before he introduced me as t he pink curler girl! s
Posted by body language lady at 2/07/2009 10:36:00 AM