3 Times When It's OK to Fake a Smile

In my new book SNAP I talk about the benefits of smiling. This article suggests the reasons
you might want to fake a smile.
3 Times When It's OK to Fake a Smile
Don't worry, we won't tell. 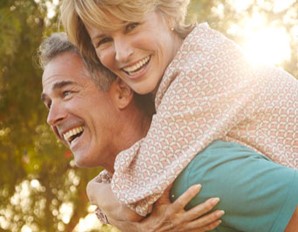 By Mandy Oaklander in prevention magazine

It's easy to smile when your husband cooks you dinner for the first time in a year, or your puppy wakes you up from a siesta looking especially fetching. But what about those moments when you least want to put on a happy face?

Decades of research, including one brand-new study, show that smiling does a body all kinds of good, but even more interesting: You don't actually have to mean it. Check out the 3 best times to fake a smile.

Even when your heart's not in it, smiling lowers your heart rate and mitigates stress, found a new University of Kansas study to be published in Psychological Science.

Researchers taught volunteers how to arrange their faces in a variety of ways: With genuine smiles, fake smiles, neutral expressions, and with chopsticks propping their mouths open into forced grins. Then, the participants performed a series of stressful tasks—like plunging a hand into a bucket of ice water—all while maintaining their assigned facial expression. Those who smiled in any manner, even when it was fake or forced by chopsticks, had lower heart rates than those with neutral expressions.

In other words, smiling during stress helps lower the body's stress response, regardless of how happy you actually feel.

Smiling isn't just good stress relief; it can actually make you happier—especially if you have Botox. A 2009 experiment at the University of Cardiff in Wales gave two groups of women—one with Botox injections, one without—a questionnaire about their depression and anxiety. Those with Botox (who physically couldn't frown) were significantly happier with lower anxiety and depression than the other group, who did not have Botox and could frown. Importantly, the Botox group didn't report feeling any more attractive, so an increase in attractiveness couldn't account for the happiness gap.

Though Botox does seem to lift more than your lines, we're not necessarily advocating a massive Botox spree. Giving a good, old-fashioned fake grin has the same effect, smile lines and all.

3. When You've Been Naughty

Uh. Oh. Your husband caught you red-handed buying another pair of shoes from your already-stretched joint bank account, without discussing it first. What's the first thing you should do when you're busted? Crack a smile.

In a 1995 study, Boston College researchers found that when transgressors smile, their punishers tend to be more lenient. Subjects were shown photos of people who were potentially guilty of an academic violation. Smiling targets were punished less leniently, even though they weren't seen as less guilty. It didn't matter whether the smile was genuine or fake: Targets who smiled were perceived as more trustworthy.


Patti Wood, MA, Certified Speaking Professional - The Body Language Expert. For more body language insights go to her website at www.PattiWood.net. Check out Patti's website for her new book "SNAP, Making the Most of First Impressions, Body Language and Charisma" at www.snapfirstimpressions.com. Also check out Patti's YouTube channel at http://youtube.com/user/bodylanguageexpert.
Posted by body language lady at 11/03/2012 11:57:00 AM

Below is a list of radio stations that have interviewed me or will interview me in the future about the presidential candidates, body language and my new book, SNAP, Making the Most of First Impressions, Body Language and Charisma.


KMOX 1120 AM "Total Information AM", live radio  phoner -  BIG SHOW: station is heard in 44 states and throughout much of Canada, Mexico, and the Caribbean; nb. 17 Morning show


“A Touch of Grey: The Talk Show for Grownups.”, taped radio phoner, national, heard on more than 50 stations across America including New York City + internet

Patti Wood, MA, Certified Speaking Professional - The Body Language Expert. For more body language insights go to her website at www.PattiWood.net. Check out Patti's website for her new book "SNAP, Making the Most of First Impressions, Body Language and Charisma" at www.snapfirstimpressions.com. Also check out Patti's YouTube channel at http://youtube.com/user/bodylanguageexpert.
Posted by body language lady at 11/03/2012 11:01:00 AM