Learn How To Command Attention 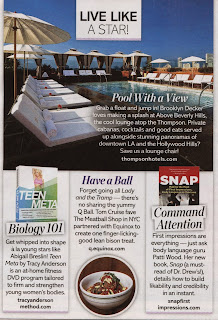 Patti's new Book, SNAP Making the Most of First Impression, Body Language and Charisma, was featured in the November 11th issue of Life & Style on page 57 in the section Live Like A Star.

Check it out or better still go to www.snapfirstimpressions.com and check out Patti's new book at the book website.

This Couple is Sizzling but no Tenderness! 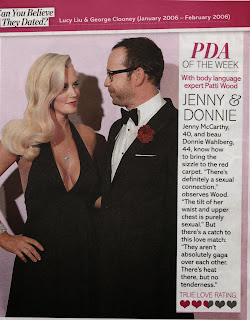 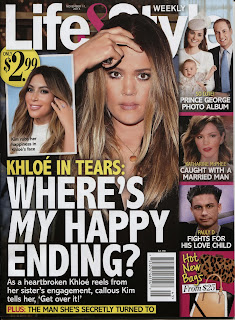 Jenny McCarthy, 40, and beau Donnie Wahlberg, 44, know how to bring the sizzle to the red carpet.  "There's definitely a sexual connection."  observed Patti.  "The tilt of her waist and upper chest is purely sexual."  But there is a catch to this love match: "They are not absolutely gaga over each other.  There is heat there, but no tenderness."  I would give them a 2 1/2 on the True Love Rating scale.

Patti Wood is an expert in Nonverbal Communication. She has done extensive research on  touch and first impressions. She also analyzes body language for the media by interpreting greeting behavior and other touch interactions of world leaders, celebrities, sports stars, and even suspected criminals.

Wood, MA, Certified Speaking Professional - The Body Language Expert. For more body language insights go to her website at www.PattiWood.net. Check out Patti's website for her new book "SNAP, Making the Most of First Impressions, Body Language and Charisma" at www.snapfirstimpressions.com. Also check out Patti's YouTube channel at http://youtube.com/user/bodylanguageexpert.
Posted by body language lady at 11/05/2013 01:48:00 PM

Patti Wood is an expert in Nonverbal Communication. She has done extensive research on  touch and first impressions. She also analyzes body language for the media by interpreting greeting behavior and other touch interactions of world leaders, celebrities, sports stars, and even suspected criminals.
Patti will be taping Couples Therapy in LA this Friday.  She will be viewing the celebrity couples body language
Two candidates for the presidency walk towards each other at the beginning of their televised debate. Look closely in your mind’s eye and see how the incumbent president offers his hands first. Notice how his grip seems a little stronger and how he pushes his opponents hand downward as he shakes it.  Observe how he reaches out with his left hand, grabs the upper shoulder of his opponent and pulls him in.  All the separate touches have meaning.  There is great power in a single touch.


Just like a hug from a friend, a pat on the head to your child, a caress on the shoulder to your sweetie, you are giving and receiving powerful communication with each touch.


There is vast scientific knowledge and data from researchers around the world that proves positive touch makes us better communicators, better friends, and better people.


Human touch is vital to our physical and emotional development and to our overall sense of health and well-being. Communicating through touch is SO important it has its own field of science known as Haptics .


‘Haptics’ is a word that comes to us from Greek, meaning ‘I fasten onto’ or ‘I touch.’


Haptics deals with all Tactical Communication, and it’s defined in the research as “any form of communicating with another being, that involves touch.”


In his book, “The Stages of Human Life,” J. Lionel Taylor tells us that “The greatest sense in our body is our sense of touch… we feel, we love and hate, are touchy and are touched, through the touch corpuscles of our skin.” And since our skin is the largest organ of our body there is lot of communication possible through touch.”


Haptics is a surprisingly powerful mode of communication. You may know that facial expressions can convey many emotions, but it may surprise you to know that in studies where people were only able to communicate with their hands, subjects were able to effectively communicate to a partner five separate emotions: detachment, mothering, fear, anger and playfulness. In other research where subjects gave a one second touch through a barrier subjects were able to  identify love, gratitude, and compassion from touches and even differentiate between those loving emotions in a way that subjects have not been able to do in studies of facial communication.


Touch is often referred to as the "mother of all senses" for good reason.  It is the first sense to develop in the embryo, and all other senses-sight, sound, taste, and smell are derived from it. Researcher Dr. James OSShage says, “The tactile system is the earliest sensory system to become functional (in the embryo) and may be the last to fade from our lives.”


According to bio behavioral scientists at UCLA School of Medicine, touch is critical to a baby’s brain development. Developmental neuroscience research finds that the infant brain is designed to be molded by the environment it encounters. In other words, babies are born with a certain set of genetics, but they must be activated by early experience and interaction. In the critical first months of life, events are imprinted in the nervous system.  “Gentling” is the behavior that involves the stroking and touching of newborns of humans and other animals.


“Hugs and kisses during these critical periods make those neurons grow and connect properly with other neurons,” says Dr. Arthur Janov, in his book, Biology of Love. “You can kiss that brain into maturity.”


The benefits of touch, infancy


The first portion of our brain to evolve on top of its reptilian heritage is the limbic system, the seat of emotion. It is this portion of the brain that permits mothers and their babies to bond. Loving touch triggers the release of oxytocin, often referred to as the "bonding hormone ". Studies in bonding also show that human babies who are held often and touched frequently in their earliest stages of development have higher scores on physical, emotional, and interpersonal scales (Klaus & Kennell, 1976; Field et. al., 1986). Mothers and babies are hard-wired for the experience of togetherness through breastfeeding, co-sleeping, and baby carrying.


According to Tiffany Field, PhD, director of the Touch Research Institute at the University of Miami, “Cuddling stimulates pressure receptors in your baby’s skin that create a host of effects, including reducing levels of the stress hormone cortical, lowering heart rate and blood pressure, and improving digestion.” And research says it works the same in adults.


What happens when we’re not touched?


The opposite is true of abusive touch or lack of touch. In fact, the absence of loving touch has been documented to have profound impact on the will to live. Death rates for under-touched infants less than one year of age, in institutes during the 1920's ranged from 30% to 100 %. More than half of all first-year infants died from a disease called Marasmus from the Greek “wasting away.” Babies who were not touched on a regular basis would literally starve themselves to death.


Touch deprivation impairs development. For example, Romanian nursery children have been found to have a higher than average incidence of stunted growth. When given massage therapy, they showed improvement. A control group got attention but no touch and did not show the same improvement. I am the baby of the family by many years. I have two older sisters and when I was six months old we moved to Germany and I had a German Nanny, I really grew up with four moms and an affectionate dad. All in all my mother says, I was held cuddled and loved on so much as an infant that my feet rarely touched the ground for my first two years of life. I remember being patted and hugged throughout my childhood and I think it has made me the most affectionate member of the family the first to hug, but it makes me a more positive and confident leader.


Reflect on these questions and perhaps seek answers from others.


Can you remember how much and under what circumstances you were held and touched as a child?
Did your cultural background affect the touch you were given?
Do you think the generation in which you were raised affected how much you were touched by your mom and dad?


How do you think the touch in your early life affects you today?


Do you think it affects or did affect the way you interact with your children?
Do you think your touch background affects you in your professional relationships?


If you’re looking for answers to increasing violence in the workplace and other areas of our lives, consider this: Research shows that American babies and children are among the least touched on earth.


Earth Field says, “Touch deprived infants and toddlers become aggressive children,” Field continues. “As a culture, we are not gentle and physically demonstrative enough with our children.” Anthropoligal research date show mainstream American mothers are giving  less positive touch and give more negative touch mainly is response to acting out. In fact, parents in the US touch less to praise and more to punish.


Field sites a set of studies conducted in McDonald’s restaurants and playgrounds in both countries show American moms to be significantly less physically affectionate with their kids than French mamas.


Of eighteen industrialized nations, the United States tops the list in adolescent male homicides. France - one of the huggy-kissiest countries around - is at the bottom.
Patti Wood, MA, Certified Speaking Professional - The Body Language Expert. For more body language insights go to her website at www.PattiWood.net. Check out Patti's website for her new book "SNAP, Making the Most of First Impressions, Body Language and Charisma" at www.snapfirstimpressions.com. Also check out Patti's YouTube channel at http://youtube.com/user/bodylanguageexpert.
Posted by body language lady at 11/05/2013 01:28:00 PM