How to Get Media Interviews and Press for Your Business.

Tips from My Chapter of the NSA book PAID TO SPEAK

Since 2001, I have given an average of two national media interviews a week to promote my business, interviews with everyone from Forbes, The Wall Street Journal, The Today Show, Good Morning America, CNN, Fox News and hundreds more.
Media sources are looking for experts they want -
·        Someone who can relate his or her topic to current events, hot companies and products that are in the headlines and high in people’s Google searches.  And someone who can relate their stories to Politicians, business leaders, Fortune 500 companies, famous people, who are currently in the media spotlight.  You also need to know on any given day what other experts in your field are saying about your subject expertise.
·        Someone who responds immediately. Have a smart phone and check it often. If you get a call and I have lost big opportunities because I didn't check my emails or texts for just a few hours.
·        They need you to be ready NOW! The media are extremely hard working people, their deadlines are tremendously tight and they are under enormous pressure to find a good source quickly. Print and online media typically needs an immediate answer and broadcast media typically gives you a few hours’ notice before your interview.
Every day people you meet will tell you what your company represents to them, potential media pitch points you can put in press releases and how to prepare for your media interviews. You just need to listen.  If you speak to someone and they ask you a question, write it down, and research the correct answer and craft your response and have it ready for the media.  If you are at a networking event and someone makes a comment about your topic, product or company that is incorrect write down their statement later and ask yourself how you could state the information correctly or put their statement in the form of a question as if a media person asked it. For example, my cousin is an expert on coal mining and is the general counsel of the coal mining industry. He often has people share with him how horrible coal mining is for the environment. He keeps notes on all the statements as well as the questions he is asked and he makes sure he and anyone else that speaks and does media for his company has the latest research findings on coal mining’s effect on the environment, what the industry does to positively affect the environment as well as how the industry effects the costs of energy and builds jobs and is specific positive economic impact.  It is clear when he talks he is the expert. He knows what he is talking about and he speaks passionately about it.

Why You Should Brag

My friend Sue and I have known each other since grad school and have always supported each other’s successes. She is a wonderful, talented author and beloved English professor and I am a body language expert and professional speaker. Sue arranged for me to speak to the student body of her University.

The day of my speech we went over my intro and I showed her how to turn on my 40 sec intro video with snippets of newscasters and TV show hosts introducing me on their show.  We got to the room early and I put little bios and business cards on all the seats in the auditorium. As professors and students came in I introduced myself, “Hello my name is Patti I am your speaker today.”  I gave my speech and then spent another half hour with students gathered around me asking questions.

All these were things that I did for every speech, but my friend said, “Patti, watching you do those things changed everything I thought about my career.”  At first I thought, “Goodness, Patti is going over the top with all this bragging about herself in the intros and then I noticed how people responded to you even before you started speaking. She said I have watched 100’s of speakers in that same Venue but they were treating you with honor and respect that I have never seen given before.  During your video intro, that I had thought originally was too much, I could see them get excited and lean forward in their seats. During your speech you gave brief, specific examples of how you used your body language expertise to solve a client’s problems and used it to analyze the president for the Today Show or CNN. Each example illustrated a learning point, and gave you an increased level of credibility with the audience.  But here is the funny thing, I have had the opportunity my entire career to promote myself the way you did and I have never done it because I thought I was bragging!

I told her she was a remarkable author and speaker and should own it and start self-promoting because men do so all the time!  I shared that for years I wanted to be a successful speaker but I never bragged and was too shy. I worked hard, but I’m not in the big leagues.   I looked around and realized that the male speakers would do it. I noticed when I spoke the men would actually stand around before and after meetings  and brag about the terrific job they did on a project, the great deal that they just made or the golf game or their new car. For men it is a way of showing their colleagues what they can do so that their peers feel confident in recommending them for projects, promotions and jobs.  It is an effective way to communicate.

Sue quickly started using the same self-promotion techniques. Doing this, and her hard work, led her to earn a tenured position and the raise she had long wanted and deserved. 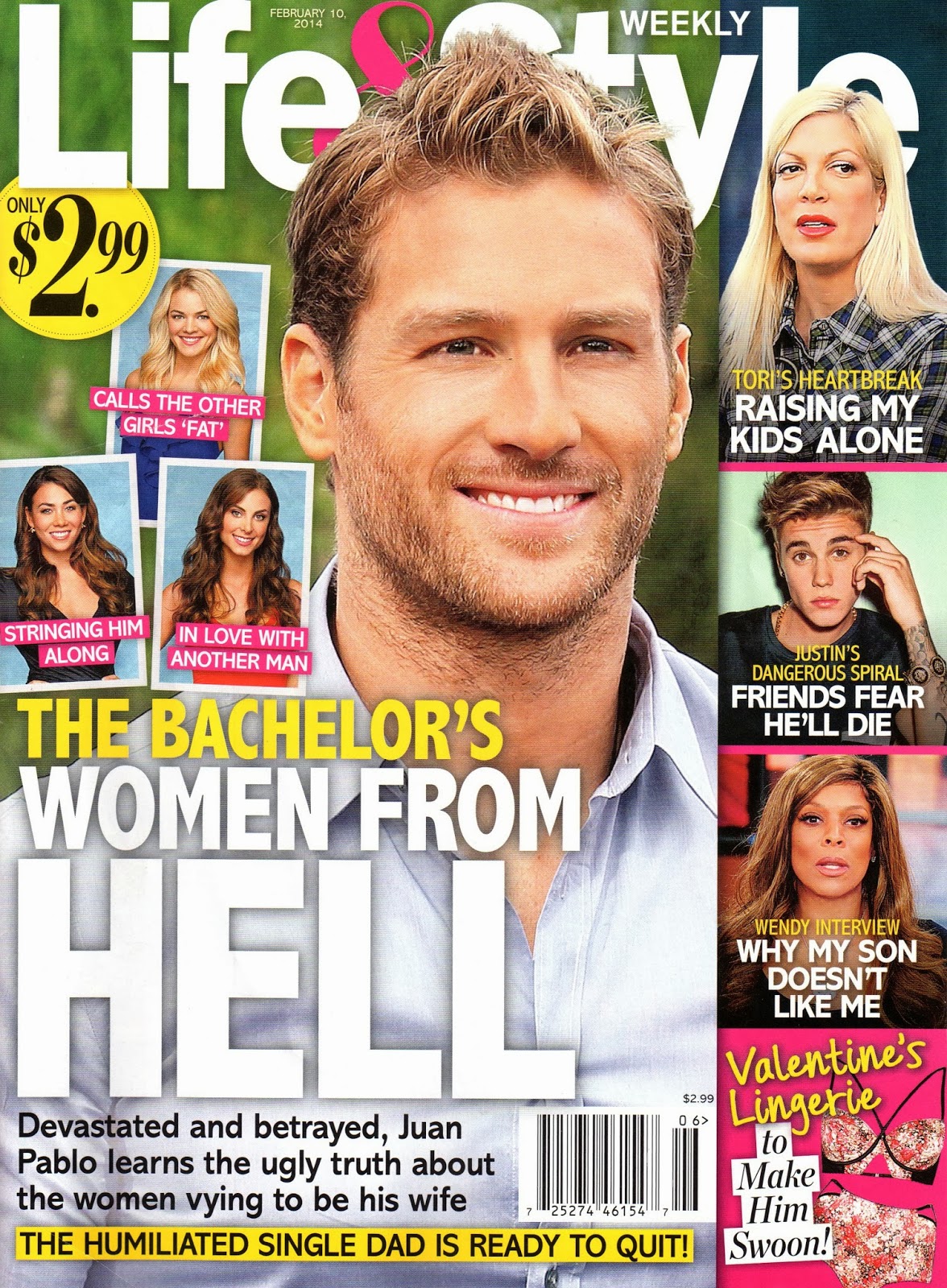 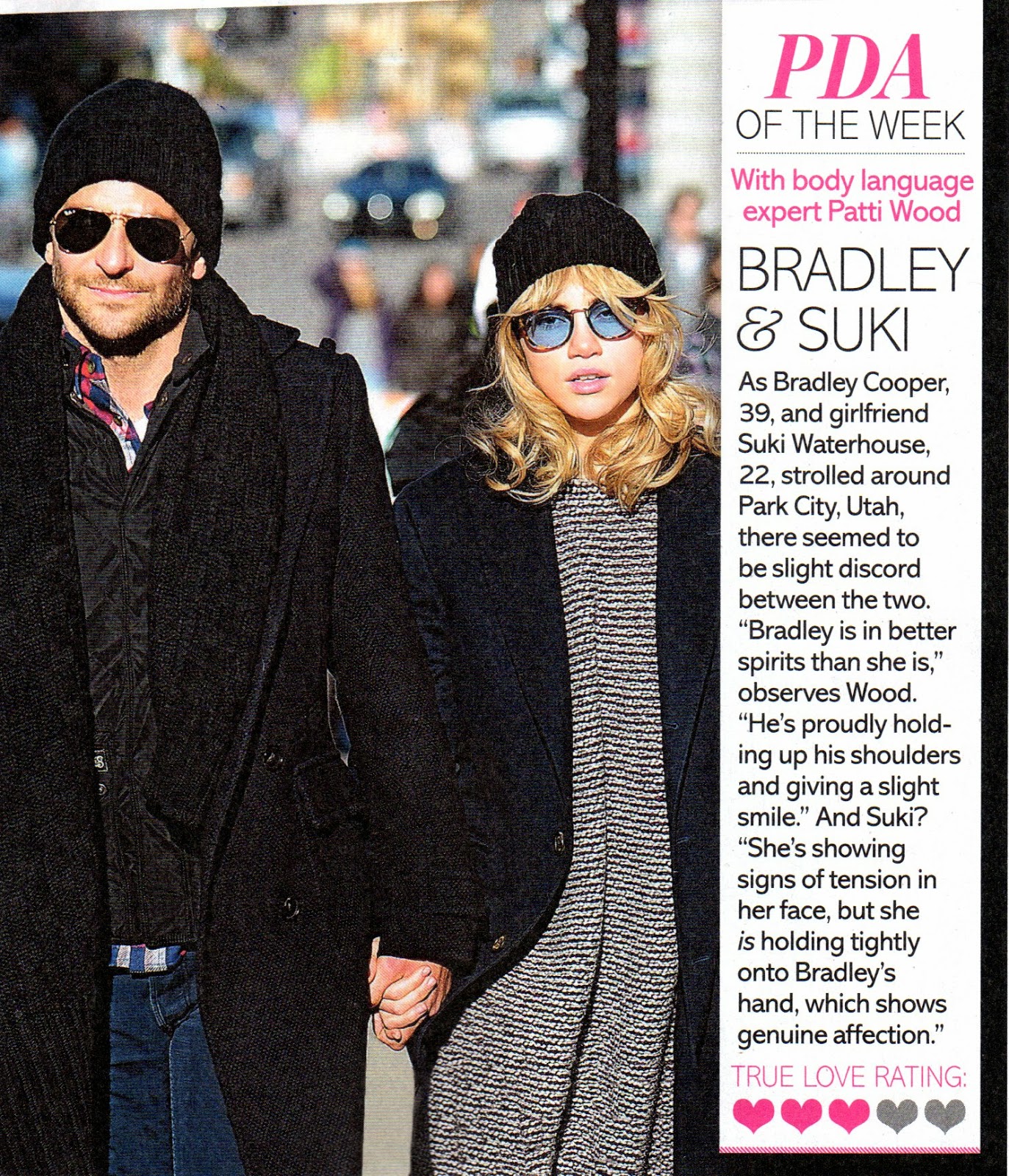 As Bradley Cooper, 39, and girlfriend, Suki Waterhouse, 22, strolled around Park City, Utah, Patti says there seems to be a slight discord between the two.  Bradley is in better spirits than Suki is.  Bradley is proudly holding up his shoulders and giving a slight smile but Suki is showing signs of tension in her face but she is holding onto Bradley's hand which shows genuine affection.
Patti gives this couple a 3 on the Life & Style True Love Scale!

A Couple in Sync! 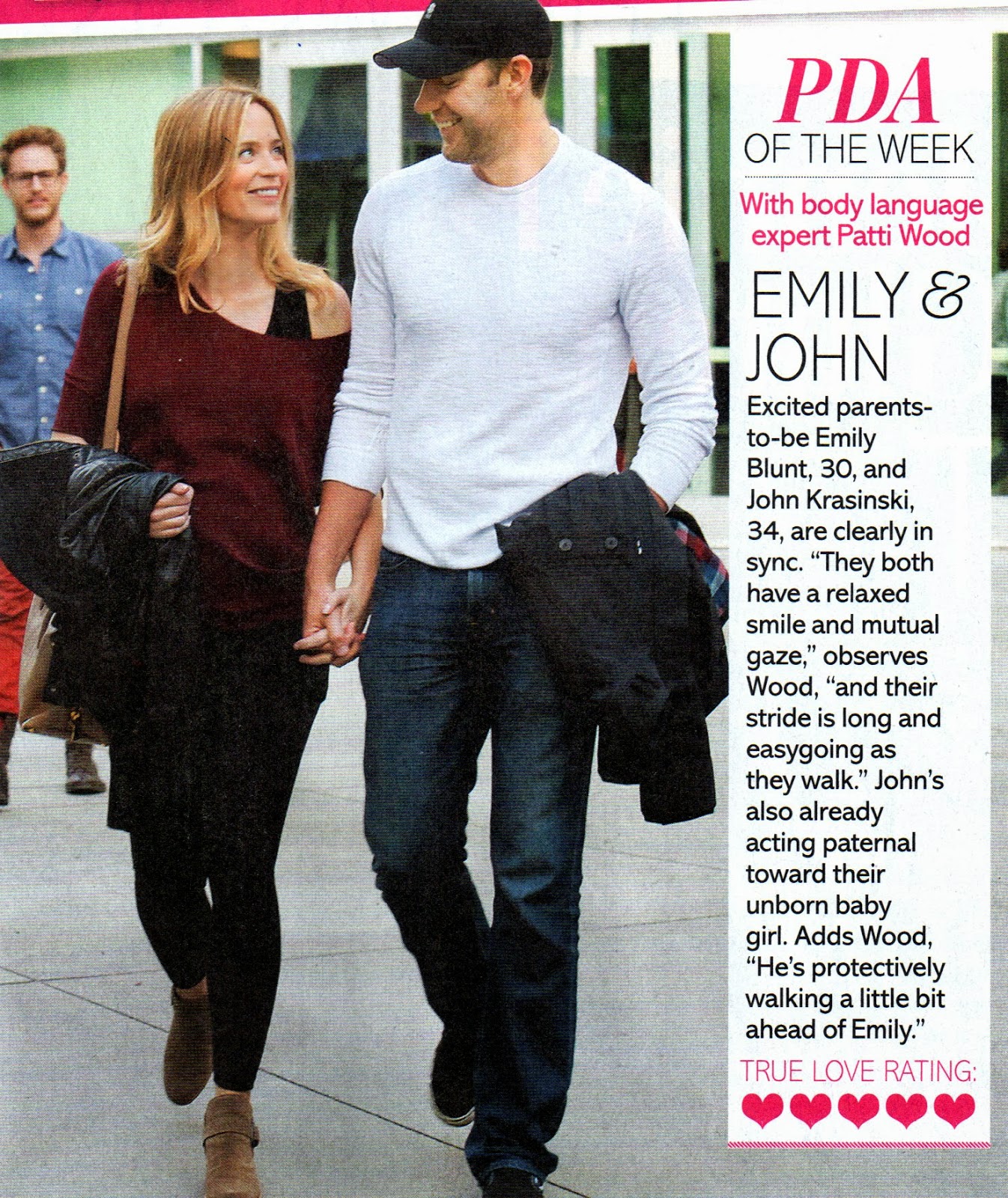 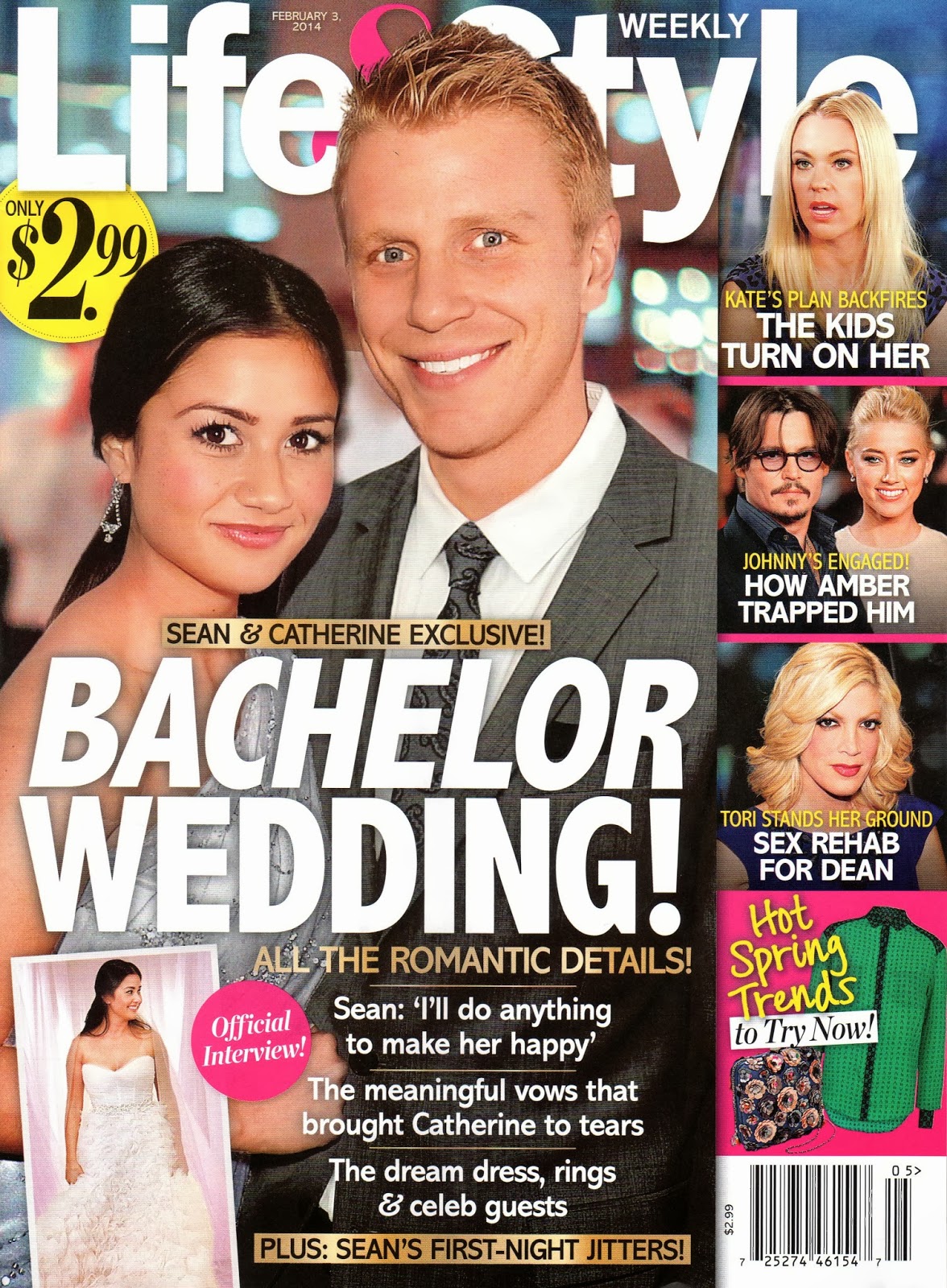 Patti said that the excited parents-to-be Emily Blunt, 30, and John Krasinski, 34, are clearly in sync.  They both have a relaxed smile and mutual gaze and their stride is long and easygoing as they walk.  John is also already acting paternal toward their unborn baby girl.  He is protectively walking a little bit ahead of Emily.
Patti gives this couple a 5 on the Life & Style True Love Scale.