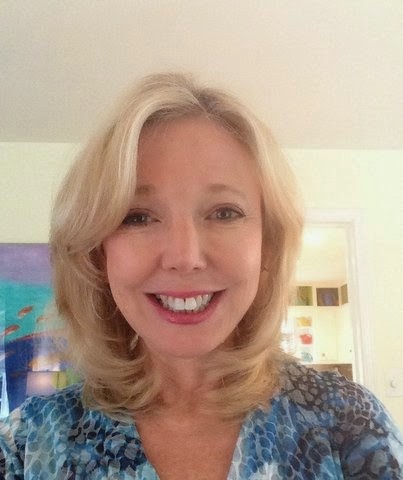 Make sure you look at tips one and eight as they are key!

1.      Tip One - Don’t hold your breath, instead take deep breaths filling up your stomach, not your upper chest with air. Breathe again relaxing your shoulders and then let the breath fill you up and lift up your body. Don’t worry you will be moving as the photo is taken. Just keep snapping letting your deep full breaths lift you to create wonderful "up" body language.

2.      Tip Two - If you are standing and want to look “extra” skinny across the waist and hips stand like female celebs do on the red carpet. Place one foot pivoted out to the right and the other foot in front of it with toes pointed slightly to the left.

3.      Tip Three - To look skinny you can turn so one shoulder is towards the camera and the other is away from it. This works for women and for men. You have heard that TV adds ten pounds to anyone filmed. When a photo of you is taken head on, it makes you look heavier than you are. It’s because the plane of the body in the photo matches the plane of the camera’s eye not because you ate too much chocolate. Remember when one shoulder is closer to the camera then the other it makes you look slimmer.

4.      Tip Four - For women only. If you’re standing and you want to take attention away from your hips and look slimmer, stand with only one side of your body towards the camera with your feet and the rest of your body turned away. Then turn and look at the camera over your shoulder.

5.      Tip Five- To look slimmer and powerful.
For women:  To give yourself an hourglass figure do the Mae West, “Come up to my place.” Hand on your hip stance.  Stand catty corner from the camera so your right foot is towards the camera at 12:00 on a clock and your left foot is to the side at nine o’clock slightly behind the right. Shift your weight over your back left leg. Stretch your body up to elongate your torso and place your hand just above your hip. This pose doesn't work for everyone so check yourself out in the mirror first.
For men:  Expand your body by lifting up your chest and holding your shoulders back. Practice in a mirror first so you can make sure you look natural and relaxed and don't forget the breathing in tip #one to make it natural.

6.      Tip Six- Stretch your neck up and point your chin just a little bit up. This gets rid of a double chin. Careful not to point it too high up or you will look like a stuck up snob.

7.      Tip Seven – A variation from the above. Turn your head so that only ¾’s of your face is towards the camera and then lift up and elongate your neck then slightly tilt your head to the side. This keeps any sagging skin at the neck, chin and face smoothed out. Think of it as a temporary face-lift. Now if you could only stay that way all the time and not look like a goose!

8.      Tip Eight – Smile naturally. Talk while you are being photographed. Don’t freeze. Freezing into cheese pose makes the muscles in your face tighten rather than relax. Keep snapping. Talk about things that make you happy, your kids, or your sweetie. The magic words that will help your face go into a full big smile are words that end with your mouth open such as ee and aa sounds so you can say a string of words like money, cherry, cheese, hay, day, lay, say.

9.      Tip Nine -Another trick for smiling is to place the tip of your tongue behind your upper front teeth and smile. Or turn on a comedy show and start laughing. Everybody looks beautiful when laughing.

11.  Tip Eleven – Sometimes you can break all the rules, lean in, look down and say “hello” 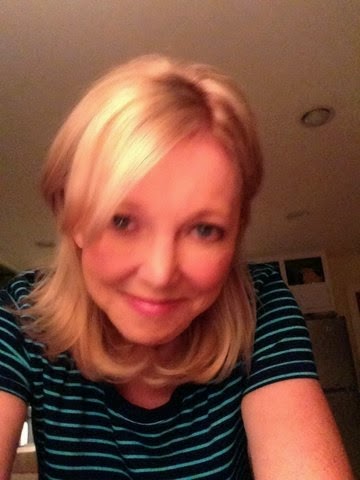 What You Communicate Without Saying a Word

Patti was interviewed by The Job Scholar on what you communicate without saying a word. Patti says to maintain eye contact without giving the "Death Stare."

What You Communicate Without Saying a Word

Mar 13, 2014  Brienne Driscoll  Acing the Interview, Interview Pet Peeves, The Interview, The Outside Voice  0
Our experts say a well prepared candidate will not only say the right thing in an interview, but will also communicate through their body language that they are the right fit for the position.

Jonathan Simon, vice president of talent acquisition and human resources for Forman Automotive, Inc., says that a candidate’s posture enables him to envision the type of employee they will become. “A person sitting too relaxed in their chair is a turnoff for me. It shows a bit of cockiness and is unprofessional,” Simon says. Simon explains that while he is looking for a candidate that exudes confidence while remaining relaxed, slouching or slumping in a chair takes it too far.
According to Patrick Lynch, president of executive and career coaching firm The Frontier Group, a candidate who doesn’t slouch or lean back, but instead leans forward into the conversation, demonstrates that they are interested in the interview and have a good energy level. However, Lynch cautions candidates from leaning too far forward. “People all have their own comfort zone or personal space. Leaning too far forward makes some interviewers uncomfortable,” Lynch warns.

Body language expert, Patti Wood, says that in a typical conversation eye contact is usually made 60% of the time, and it is expected that a candidate look away here and there. “It is normal to look away from time to time as you speak, because you’re accessing information from your brain. Actually, the listener should be the one making the most eye contact. So when your interviewer is talking, lock in. Keeping the eye connection tells the interviewer you are paying attention and are interested in the job. After giving an answer, remember to make eye contact with the interviewer, don’t ‘click off’ when you are not ‘on’,” Woods recommends.
Kiah Jones, strategic planning officer at recruiting firm Windsor Resources, agrees that eye contact is essential, citing it as one of the ways an interviewer can determine if a candidate is excited about a position, and if they would be a good fit. “An attentive candidate with strong listening skills that involves eye contact can be revealing. These candidates are present, engaged, and interested. If a candidate doesn’t convey excitement for a role in an interview, they will most likely not have any passion or creativity if they are hired,” Jones says.

“The worst thing a candidate can do is sit with their arms crossed. This gives the appearance of ‘holding back’, and reflects negative energy ranging from nervousness to combativeness,” warns Jones. Instead, Jones recommends that candidates carry themselves with relaxed (but not stooped) shoulders, demonstrating that they are both poised and comfortable. Again, Jones stresses that if a candidate gives off a defensive or low energy during the interview, this sends the message that the candidate will become a low energy and defensive employee if hired.

Our experts have established how a candidate needs to present themselves once in the interview room, but Mario Almonte, managing partner of Herman & Almonte PR, says that body language outside of the interview room matters, too. “The interviewing process begins the moment you enter the reception area. The receptionist and anyone else in the office are assessing you. If they see you fidgeting, acting strangely, or otherwise not acting like a professional, they’re going to tell HR later,” Almonte warns. Almonte says that while waiting to be interviewed, candidates should sit calmly and their body movements should show confidence and professionalism. “The bottom line is that you should consider yourself under 24/7 surveillance the moment you enter the office for a job interview. Assume that people are watching your every movement and that they will report any suspicious looking characters to management,” Almote cautions.
All of our experts agree that the unspoken communication of body language plays an important role in their selection process, so remember, they’re watching you.
Article Link Below: