How Texting Could Save America's Youth

How texting could save America's youth
While flying home from a speech in Ohio this week I read the article, “How Texting Could Save America’s Youth.” It is an interesting study which entails basically sending texts to teenagers to remind them to be nice. If they’re going to be checking their phones, it would be great if the messages are positive ones, rather than Kim Kardashian looks great in that dress.
Kaitlyn Chantry, Reviewed.com10:05 a.m. EDT March 31, 2015 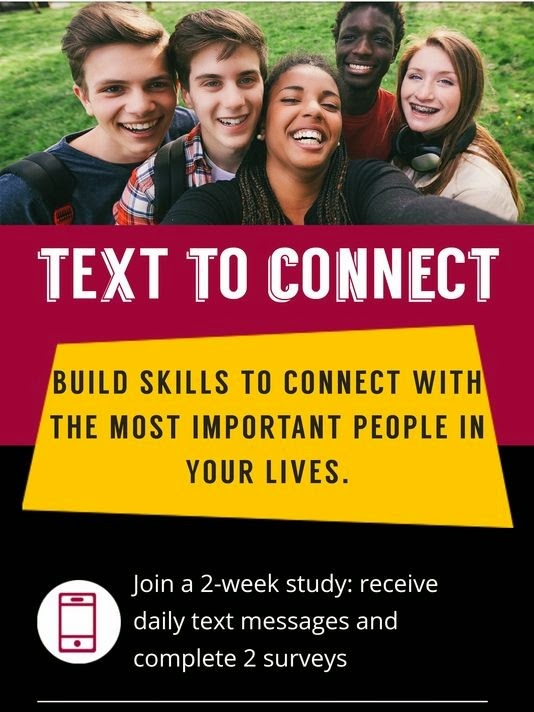 Smartphones in the classroom, smartphones at the dinner table, smartphones behind the wheel — today's parents and educators are waging a war against the texting teen, and most of them probably feel like they're losing.
New research, however, suggests that there may be a way to use texting to stimulate personal growth. Sara Konrath, Director of the Interdisciplinary Program for Empathy and Altruism Research (iPEAR) at Indiana University, is conducting research into ways that new SMS tools can increase empathy in America's youth.
Konrath's study, conducted in collaboration with HopeLab and funded by the John Templeton Foundation, sends participants recurring text messages that reinforce more empathic behavior. According to Janxin Leu, Director for Product Innovation at HopeLab, "The messages prompt people to imagine others' feelings and experiences, and do small kind acts every day."
Some of the text messages are thought exercises: "Think of a close family member. Think about what you like about them." Others are activity prompts: "The next time you see someone, no matter who they are, give them a real smile."
The program, called Text to Connect, is still in its early stages and the pilot study has yet to be published. However, the early findings are promising. Konrath reports that, after just two weeks, participants "have less aggressive beliefs — especially men — and they are more likely to help."
Konrath is optimistic about these pilot results, despite some pessimistic findings about society at large. In 2008, she co-authored a study showing that, since 1980, narcissism has risen in college students by 30%. In a 2011 study, she found that empathic concern decreased by 48% during the same time period.
While there are likely myriad causes for such a shift, Konrath admits that some share of the blame may lie with technology. Citing screened calls, inadvertent insensitivity and general distraction, she observes that "cellphones can be used to disconnect us and distance us from each other, but at the same time they're a major global force for keeping us connected."
With Text to Connect, Konrath and HopeLab are attempting to balance the harmful nature of mobile technology with its potential to improve how we relate to each other — all by inspiring young people to help, support and better understand each other.
If Text to Connect continues to generate positive results, the goal is to make that impact on a larger scale. According to Leu, "If we find evidence that this program is effective, we'll seek out partners to help with broader dissemination." That increased reach could include at-risk teens and high-stress demographics like medical students and new parents.
One small pilot study is hardly proof that text messages can transform teenagers into better human beings, but there is room for hope. If Text to Connect takes hold, it could mean an end to the war on texting — and a kinder, more empathic generation of Americans.
To find out more about Text to Connect, or to volunteer to participate, head tohttp://www.texttoconnect.org/.