If you get a chance to see Stevie Nicks in concert go! We had seats up close on the floor, though we were standing and dancing to her fabulous music the entire time. It was the concert of a lifetime. Throughout the concert she said to use music to lift you up and inspire you. 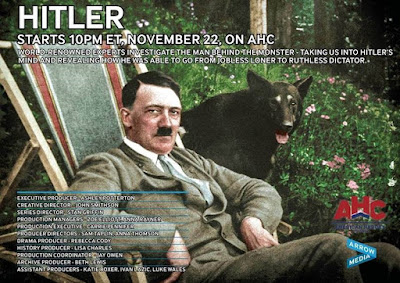 The six part Hitler Documentary is airing in the US. I was the body language expert for the series.
I had studied his speaking body language as a project in my masters program in Body Language and for the series I immersed myself in videos of him for months. It was quite a process.

The series airs on the American Hero Network.  If you google it you will a menu to put in your
zip code and cable/internet provider and it will tell you the station it comes on. 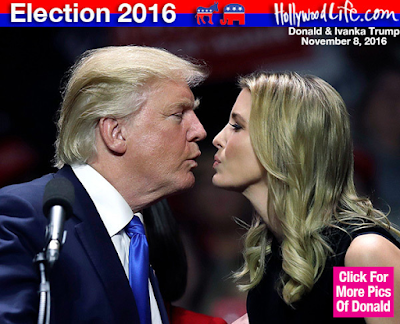 REX/Shutterstock
Well, this is uncomfortable. Donald Trump got some support from his daughter, Ivanka, at a rally in New Hampshire on Nov. 7, and cameras caught him going in for a kiss on the lips with her in front of the crowd. Gross!

Donald Trump, 70, is surely appreciative of all the campaigning his daughter, Ivanka Trump, 35, has done for him in his quest for president…but he sure did show it in a questionably affectionate way. A photo from the GOP candidate’s final rally before the election appears to show him almost kissing his daughter right on the lips!

The whole thing is especially disturbing, though, because of the way Donald’s described his daughter in the past. Back in May, a former Miss Universe winner described a conversation she allegedly had with the former pageant-runner, during which he reportedly asked her, “Don’t you think my daughter’s hot? She’s hot, right?” Brook Antoinette Mahealani Lee described the situation as “weird” and “creepy” — especially since Ivanka was just a teenager at the time!

Donald and Ivanka also creeped the public out back in February, when a throwback photo surfaced showing her seated on his lap and cupping his neck, while his hand rests affectionately on her waist. Um, seriously!? GROSS!

After the New Hampshire rally, Donald and his family returned to New York City, and headed to the polls on the morning of Nov. 8 to cast their votes. Dozens of voters actually booed the potential president as he arrived at his voting station, although he seemed pretty unfazed as he plastered a smile on his face and shook hands with supporters. Hillary Clinton, 69, seemed to receive a much warmer welcome when she showed up to the polls in Chappaqua, New York!