What Donald Trump’s Tweets Reveal About Him

What Donald Trump’s Tweets Reveal About Him 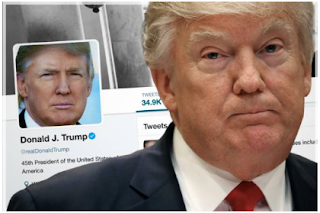 45's need to attack and criticize anyone who threatens his persona of perfection is horrifying. He even attacks leaders who are dealing with traumatic events. Google “criticism and attacks Trump”, and you will see his insatiable need to take down others. Google “Trump and narcissism” and you'll see why he feels this need.

This is the time to act with integrity in your life. Treat people with kindness and respect. Be the person people can count on and seek comfort from. We can see bad behavior and rail against, but we also must create the world we want through our behaviors.

Excerpted with permission from “All I Ever Wanted to Know about Donald Trump I Learned From His Tweets” by John Gartner, PhD, and Rachel Montgomery. Copyright 2017, Skyhorse Publishing, Inc. Available for purchase on Amazon, Barnes & Noble and IndieBound.