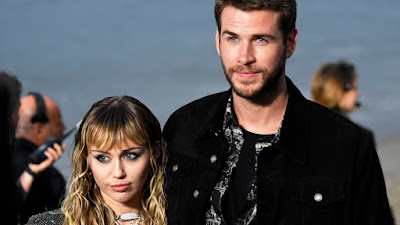 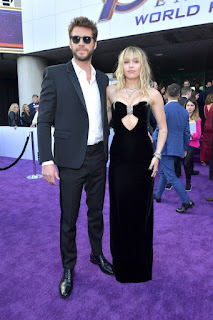 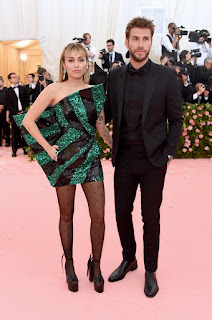 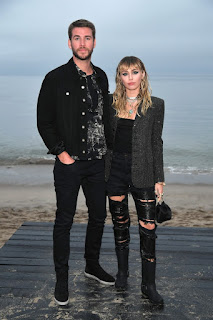 It's been a sad week for fans of Miley Cyrus and Liam Hemsworth after the couple announced their separation on August 10. News broke that the pair, who tied the knot in December 2018, decided to take some time apart, but neither party elaborated on just what went wrong. And although we can't know for sure unless either one of them speaks on it, there may be body language clues about Miley Cyrus Liam Hemsworth’s breakup that could have foreshadowed what was coming.

According to E! News, a representative for Cyrus confirmed the sad news over the weekend. "Liam and Miley have agreed to separate at this time," the statement from the representative said. "Ever-evolving, changing as partners and individuals, they have decided this is what's best while they both focus on themselves and careers. They still remain dedicated parents to all of the animals they share while lovingly taking this time apart. Please respect their process and privacy."
Even though it's impossible to pinpoint the exact reason why Cyrus and Hemsworth are taking time apart, there's a lot we might be able to tell by looking at their body language. Body language can reveal tons about a couple's dynamic, from the way their feet are positioned to where they place their hands. I asked two experts to take a look at the physical dynamic between Cyrus and Hemsworth before their split, and based on what they had to say, the breakup was almost inevitable.

Elite Daily Full Article
Patti Wood, MA - The Body Language Expert. For more body language insights go to her website at www.PattiWood.net. Check out Patti's website for her new book "SNAP, Making the Most of First Impressions, Body Language and Charisma" at www.snapfirstimpressions.com.