Making Facial Expressions, Do Some of Us Have an Advantage? 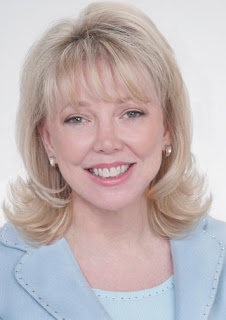 The other day I went to an estate sale. A few minutes after entering the house I asked the woman running the sale the price of a Christmas ornament and she smiled and said, "You walked into the house with the biggest smile I have ever seen then you actually smiled more as you started looking at things. You brought all this positive energy into the house. Can you come back tomorrow?" I know it sounds weird, but I have had these wierd kinds of comment made all my life. I seem to have a big ole' Bozo the clown smile. I mean it is really big. If you are not old enough to remember Bozo, picture the Joker in Bat Man only happy and not quite as much lipstick. Well maybe more lipstick in my case, but a more flattering color. I have always wondered about my unusually large and expressive smile. My mother swears I came out of the womb smiling. I certainly had the smile as a child. I remember there where ads for the secrets for building big arm muscles in the back of comic books when I was a kid. Aimed at scrawny boys, the ads promised you could build the muscles of a brawny body builder if you only sent them some money. What if only certain people had lots of muscles to build and others, the scrawnies, had fewer muscles in the first place? Perhaps we would not have a level playing field no matter how we worked on building the few muscles we had.

In her study published in the American Psychological Association journal, Dr. Wallers discusses the first systematic study on cadavers to discover the variations of musculature structure in the face as they control facial expressions. It appears that the face is the only part of the body to have this unique set of differences. I have read the study and I am stunned. It seems that these variations in allotment of muscles cause some people to have a unique facial signature--in my case, a bozo like smile. People without certain muscles can compensate for their lack using other muscles, but it may involve extra effort. What if the phenomena of personality type differences such as introversion and extroversion was affected by having more or less of the facial muscles required to make facial expressions? I know research says that task-orientated individuals especially those in the "Get it Right" DISC personality type of my "techie" audiences can't understand while the "touchy feelies" in the "Get Along" "Get Appreciated" categories smile so much or show so much emotion. In the same vein the "touchie feelies" can't understand why the "techies" don't show any noticeable positive emotions. To which the techies reply, "I am not going to give a fake smile." Could it seem forced and fake to them because it takes more effort? Hummm, that could be interesting research. What do you think? Oh, one more interesting tid bit. The only other part of the body where they have seen differences in muscles between people: the forearm. I always knew Popeye wasn't really eating all the spinach.

Here is a link to the study. And below that some of the findings.
http://www.sciencedaily.com/releases/2009/02/090211161852.htm
Dr Waller is from the Centre for the Study of Emotion in the Department of Psychology. She collaborated with anatomists at the University of Pittsburgh and Duquesne University in the USA.
They found that all humans have a core set of five facial muscles which they believe control our ability to produce a set of standard expressions which convey anger, happiness, surprise, fear, sadness and disgust. But there are up to nineteen muscles which may be present in the face and many people do not possess all of them. for example, The Risorius muscle, which experts believe controls our ability to create an expression of extreme fear, is found in only two thirds of the population.

Dr Waller said: “Everyone communicates using a set of common signals and so we would expect to find that the muscles do not vary among individuals. The results are surprising - in some individuals we found only 60 per cent of the available muscles.”
She said that everyone is able to produce the same basic facial expressions and movements but we also have individual variations.
“Some less common facial expressions may be unique to certain people,” she said. “The ability to produce subtly different variants of facial expressions may allow us to develop individual ‘signatures’ that are specific to certain individuals.”
She said that there are significant implications for the importance of facial expression in society.
“Facial expression serves an essential function in society and may be a form of social bonding,” Dr Waller said. “It allows us to synchronise our behaviour and understand each other better.”
Dr Waller has completed studies which examined facial expressions in apes. She said that primates who live within social groups have a more elaborate communication repertoire including more complex facial expressions.
“There is a theory that language evolved to help us bond us together in social groups and we may be able to apply the same theory to facial expressions,” she said.
The face is the only part of the human anatomy which has been found to display such a massive variation in muscle structure. In the only other example of muscular differences, the forearm has a muscle which approximately fifteen per cent of the population don’t have.
Dr Anne Burrows from Duquesne University was one of the anatomists on the study. She said: “The problems with quantifying facial musculature is that they're not like other muscles. They're fairly flat, difficult to separate from surrounding connective tissue and they all attach to one another. They are very unlike muscles of the limbs, for example.
“The variation we see in the face is absolutely unique,” said Dr Waller.
Dr Waller said that actors need not worry because people will compensate for a lack of one muscle by using another to develop a similar expression. And people can learn to develop a facial expression by practising in front of a mirror.
“As humans we are able to change the level of control we have over our facial expressions,” said Dr Waller. “There is a great deal of asymmetry in the face and the left side is generally more expressive than the right. But someone who is unable to raise one eyebrow without raising the other could in fact learn to raise just one.”
The implication for those actors who have had botox speaks for itself.
________________________________________
Adapted from materials provided by University of Portsmouth, via AlphaGalileo
Posted by body language lady at 4/26/2009 10:38:00 AM