Body Language of the Republican Debates

Body Language of the Republican Debates

Historically the most charismatic (based on Power, likeability and Attractiveness)   in the pack of debaters is judged to have "won" the debate according to the viewers. We love a charismatic speaker. Charisma even without credibility can be extremely powerful. Researchers at the Institute for Social Research studied the effects of charisma on politics. In the study, Harvard undergraduates who were shown ten-second silent video clips of unfamiliar candidates from 58 past gubernatorial elections consistently chose the candidate who won. They didn’t hear a word the candidates said, but they almost without exception picked the winner. Their choices were made purely on the basis of body language. In fact, when they could hear what the candidates said, the students were no better at predicting who had won.
One of the aspects of the debates I found interesting is that no candidate in the later debates stood out as being tallest, the most attractive, powerful or likeable in other wards no one was highly charismatic. Compare that to the obvious most charismatic "winner" in the last two elections.

It looked like they had the most intense lights aimed at Trump, to make him have that horrible squint that made him look like the Grinch. He looked mad at the start of every question. At the beginning of the debate he had the most energy and confidence, though the majority of the energy was anger and bravado. When Trump was asked about sending drug dealers across the borders he gave one of his pat nonverbal gesture clusters he raised his hands high in the air pushing them forward.
We typically raise our hands to communicate happiness joy, confidence and power. Open palms signal the receiver of the message that you are "unarmed" and likely to be safe and honest.
The forward pushing of the hands signals power and action. So the entire gesture cluster, though it is not spontaneous for him, sends a message of extreme power and action and a desire for you to view him as honest.

Chris Christie’s first answer was like a race horse fast and prepared out the box and his delivery appeared more sincere than canned.

Rand Paul looked like he had not had a good night's sleep in a week and his gestures were very odd and highly coached making him look like a puppet. Visually compared to other candidates he appeared smaller, rather like a little boy.

John Kasich came across through the entire debates as the most level headed calm candidate, which is very interesting. He gestured honestly with feel show say.

Bush started out very off as if he was having trouble being in his body. He was tense. As he answered about his brothers war was a mistake, he was not sure of himself.   I feel he lost any chance of winning this debate with his lack of self-assurance and hesitating delivery on this question.
Later on 4 percent growth his delivery got better, but I think it was too late in the debates.

You Had Me At Hello: The Science Behind First Impressions

You Had Me At Hello: The Science Behind First Impressions 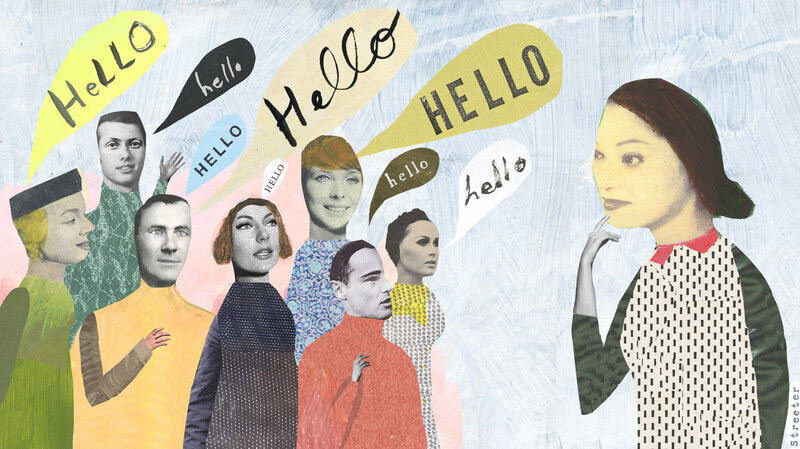 Remember that famous line in the movie Jerry Maguire where Renee Zellweger says to Tom Cruise, "You had me at 'hello' "? Well it turns out there is some scientific evidence to back this up. People use voices to instantly judge people, researchers say.

"From the first word you hear a person speak, you start to form this impression of the person's personality, says Phil McAleer, a psychologist at the University of Glasgow, Scotland, who led the study.

In his experiment, McAleer recorded 64 people, men and women, from Glasgow, reading a paragraph that included the word "hello." He then extracted all the hellos and got 320 participants to listen to the different voices and rate them on 10 different personality traits, such as trustworthiness, aggressiveness, confidence, dominance and warmth.

What he found was that the participants largely agreed on which voice matched which personality trait. One male voice was overwhelmingly voted the least trustworthy, "the sort of guy you'd want to avoid," McAleer says. The pitch of the untrustworthy voice was much lower than the male deemed most trustworthy. McAleer says this is probably because a higher pitched male voice is closer to the natural pitch of a female, making the men sound less aggressive and friendlier than the lower male voices.

What makes females sound more trustworthy is whether their voices rise or fall at the end of the word, says McAleer. "Probably the trustworthy female, when she drops her voice at the end, is showing a degree of certainty and so can be trusted."

McAleer says it doesn't really matter whether the ratings of personality accurately reflect a speaker's true personality. What matters, he contends, is that there was so much agreement on the traits.

"What we find is that they all seem to perceive that one voice is the most trustworthy and another voice is the least trustworthy," he says. And the same is true of all the other personality traits that were tested.

In less than a second, the time it takes to say "hello," we make a snap judgment about someone's personality, says Jody Kreiman, a UCLA researcher who studies how we perceive voice. On hearing just a brief utterance, we decide whether to approach the person or to avoid them. Such rapid appraisals, she says, have a long evolutionary history. It's a brain process found in all mammals.

"Things that are important for behavior and for survival tend to happen pretty fast," Kreiman says.
"You don't have a huge amount of time. It has to be a simple system of communication."

And it doesn't get much simpler than a simple "hello," rapidly communicating friend or foe — a phenomenon that Phil McAleer has now dubbed "the Jerry Maguire effect." Underscoring the old adage that you never get a second chance to make a first impression.

Actual link to the article: